Taking action on our promise to make nutritious foods accessible for 1 billion people by 2025, we have introduced the Sunshine for All program in one of America’s largest food deserts: Jackson, MS

We recently made a promise to make nutritious foods accessible for 1 billion people by 2025. With the issue of food insecurity reaching crisis levels due to the COVID-19 pandemic, we’re taking a first step of action to bring our promise to life.

We’ve created the Sunshine for All program, a community-centric program dedicated to bringing fresh and packaged produce, nutritious meals and educational opportunities to communities that need it the most.

The lack of access to full-service grocery stores, farmers’ markets and other vendors that sell nutritious fruits and vegetables has created food deserts and food swamps across the country. Food deserts are defined as areas that have limited access to affordable and nutritious food. On the contrary, food swamps are areas with an abundance of fast food restaurants, convenience stores and liquor stores that primarily sell junk food.

Jackson possesses a unique makeup of both food swamps and deserts. There are only 20 grocery stores, and of those stores, less than 5 percent stock locally grown fresh produce. In contrast, there are 70 fast food restaurants, 60 convenience stores, and 150 gas stations that primarily sell unhealthy options. The result: Jackson is one of America’s unhealthiest cities.

With support from Jackson Mayor Chokwe Antar Lumumba, we have partnered with local chefs and organizations including the Boys and Girls Clubs of Central Mississippi, Up in Farms, Smoothie King and Foot Print Farms to creatively tackle the challenge of getting nutritious foods into underserved areas in Jackson. Key program elements include:

Nominate Your Hometown to be the Next Sunshine for All City

Nominate a city as Dole’s next Sunshine for All location. To enter, send an email to Marty.Ordman@doleintl.com or post using #SunshineforAllYOURCITY via Instagram, Twitter or Facebook telling us why your hometown should be our next stop.

Selections will be made by Dole based on need (access to fresh foods, status as a food desert or food swamp), number of posts using the hashtag and mentioning your city and quality of entry (did it address why, creativity). The second Dole Sunshine for All destination will be announced on Giving Tuesday, December 1, 2020. 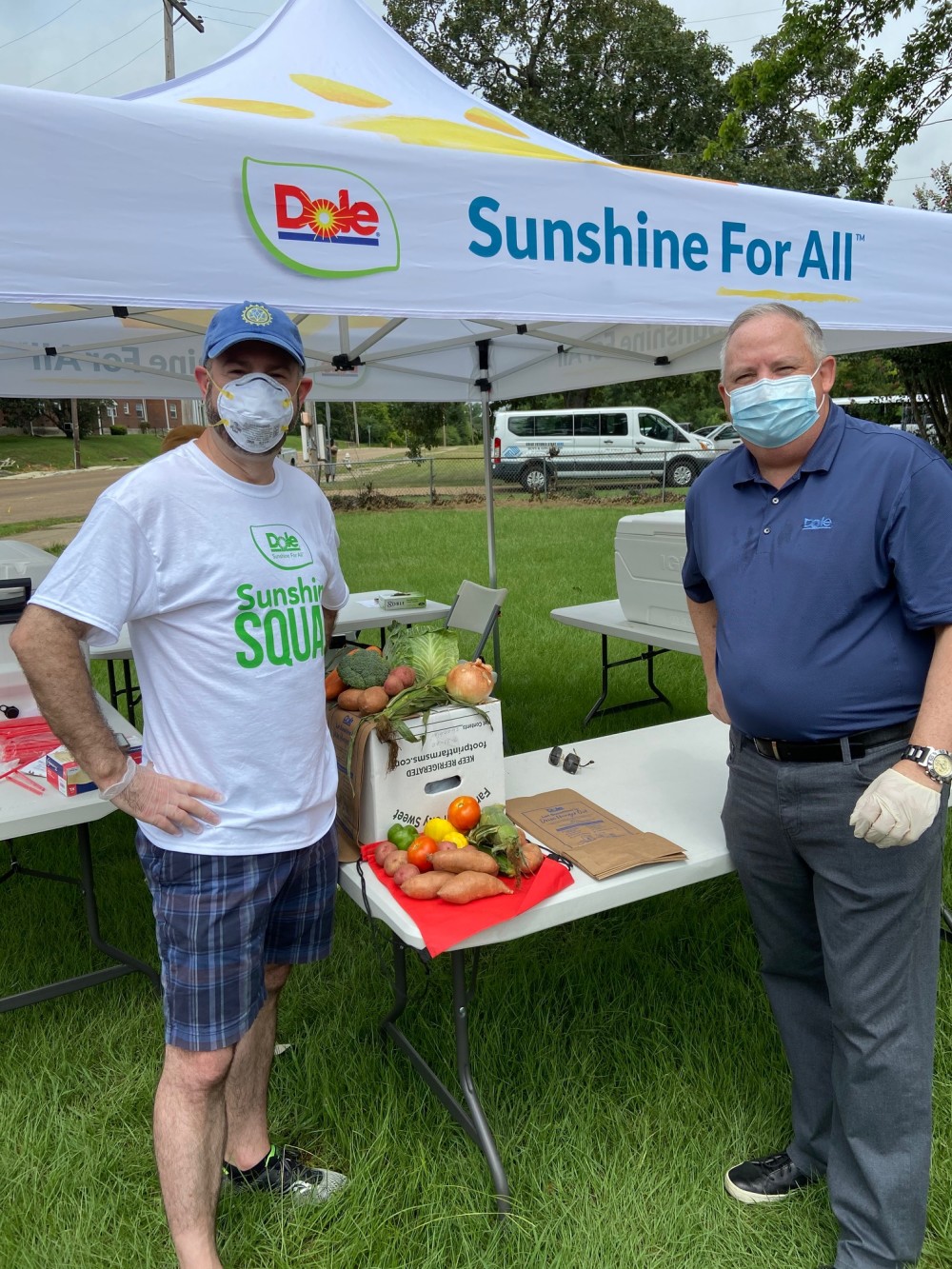 This site uses cookies to ensure and improve the quality of your browsing experience.